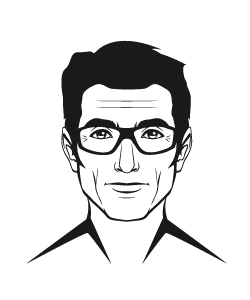 Hello, my name is Gary Nickels. Welcome to my website about consulting services. When I was in college, I was exploring all my career options by shadowing industry professionals. During that time, I was able to see just how consultants helped serve professionals and increased their chance of success. On my website, I would love to explore the consulting process, from beginning to end, for every industry imaginable. All my readers are welcome to visit my site on a daily basis to learn more about this fascinating subject. Thank you for coming to visit my site now and in the future.

If you own a large apartment building where dozens of people live, you must be prepared for the worst possible scenario. If there is a fire in one of the apartments, it could quickly spread to some of the other rooms, eventually causing major problems for most of the tenants. There are a few steps that should be taken to protect those individuals during such frightening situations.

Install Sprinklers Throughout the Building

Consider installing a fire sprinkler system throughout the building. These sprinklers should be located in different apartments as well as in the hallways and the parking garage. The sprinklers would quickly release a large amount of water if smoke and fire are present.

Not only is it a safety precaution, but it may be something you are required to do. Sprinklers should be installed throughout the building because of its size and the number of tenants who currently occupy the area.

Have a Smoke Control System Designed

The best way to contain a fire is to have a smoke control system designed specifically for your building. Consult with the professionals who would be able to come up with a plan that works based on the specific layout of the building.

There are a few different types of smoke control methods that may be used, including pressurization and exhaust tactics. The purpose of a pressurization system is to keep the smoke from making its way into the stairwell area. If there is too much smoke in the stairwell, tenants may have a difficult time making their way out of the building because they would likely have trouble seeing and breathing while walking down the steps.

During the pressurization process, fresh air is forced through the section of the building to keep the smoke away. With the exhaust method, large commercial fans are strategically placed in certain spots throughout the building to create invisible barriers that would keep the smoke in one direction. The process prevents the smoke from spreading out.

Consult with the professionals about the smoke control system that would work best for your building. You may review the design before the installation process even starts.

Protecting your tenants should be a top priority. Because it is impossible to predict if a fire will occur in one of the apartments, it is necessary for you to find different ways to be prepared. A sprinkler system and a smoke control system may help to put the fire out while keeping the fire and smoke from spreading to other areas of the building. These systems could potentially save the lives of your tenants.